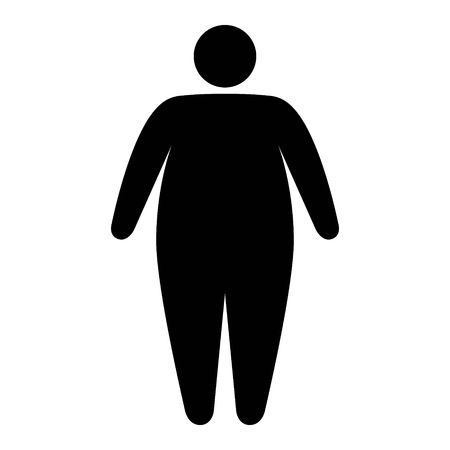 Body size and obesity during adulthood, and risk of lympho-haematopoietic cancers: an update of the WCRF-AICR systematic review of published prospective studies

Overweight and obesity are a global health problem. During the last 40 years, the number of obese adults increased from 100 million in 1975 (69 million women, 31 million men) to 671 million in 2016 (390 million women, 281 million men) [1]. Excess weight and obesity have been linked to several chronic diseases including cardiovascular disease [2, 3], diabetes [3] and many types of cancers including lympho-haematopoietic cancers [4]. The age standardized incidence rates worldwide (per 100 000 inhabitants) were estimated of 1.0 for Hodgkin’s lymphoma (HL), 6.7 for non-Hodgkin’s lymphoma (NHL), 2.1 for multiple myeloma (MM) and 5.7 for leukaemia in 2018 [5]. Although, lympho-haematopoietic cancers are not as frequent as other cancers such as lung, breast, colorectal and prostate cancers, it is very important to investigate their association with overweight and obesity, which are the major public health issues. Consequently findings can add to the existing literature about the importance of lifestyle modification specifically weight management in prevention of haematological cancer incidence and mortality [4]. Previous meta-analyses published up to 2014, showed that greater body mass index (BMI) may increase the risk of HL [6], NHL [6], diffuse large beta-cell lymphoma (DLBCL) [7], myeloma [8] and leukaemia [9]. Since the publication of these metaanalysis, several additional large prospective studies with large number of cases have been published [10–16]. The accumulated evidence has greatly enhanced the investigation of how these modifiable risk factors influence the development of the many different types of lympho-haematopoietic cancers. Moreover, whether BMI in early adulthood (age 18–21 years), height and abdominal obesity increase the risk of lympho-haematopoietic cancers have not been summarized in a meta-analysis. Therefore, we conducted a systematic literature review and meta-analysis of prospective studies of BMI, BMI in early adulthood, height, weight, waist circumference (WC) and waist-to-hip ratio (WHR), and the risk of lymphoma, myeloma and leukaemia, and their main types to provide an up-to-date and comprehensive assessment of the existing evidence. We aimed to clarify the strength and shape of dose–response relationship between the general and abdominal adiposity and lympho-haematopoietic cancers and investigate any potential differences by sub-sites, sex, geographical locations, size of cohort, number of cases, years of follow-up, exposure assessment methods and adjustment for potential confounders.

The CUP team at Imperial College London searched in PubMed for studies on anthropometric measures including BMI, BMI in early adulthood (age 18–21 years), height, weight, WC and WHR, and lympho-haematopoietic cancer risk up to December 2017. The specific search criteria and the review protocol can be seen in supplementary materials, available at Annals of Oncology online.

Our study selection was restricted to cohort (prospective, retrospective, case–cohort or nested case–control studies) studies which investigated the link between anthropometric measures and lympho-haematopoietic cancer risk and mortality, and reported estimates of the relative risk (RR) (e.g. hazard ratio, risk ratio or odds ratio) and 95% confidence intervals (CIs) for the exposures of interest [BMI, BMI in early adulthood (aged 18– 21 years), weight, WC and WHR]. In case of studies reporting only categorical results, number of cases and denominator data (person-years of follow-up or number of subjects) were required for inclusion in the meta-analysis. If there were multiple publications from the same study, the newest publication that included the largest number of cases was selected. Data extraction We extracted the following data from each study: authors, year of publication, country of origin, cancer type, length of study and loss of follow-up, sample size, numbers of cases and population at risk/controls, age, sex and other characteristics, anthropometric measures, RRs and 95% CIs or P-values for each exposure category and adjustment variables. A second reviewer checked at least 10% of the work. Statistical analysis We calculated the summary RRs and 95% CIs using random-effect models that takes into account heterogeneity between studies [17]. Q and I 2 statistics were used to determine heterogeneity [18], potential sources of which were explored in stratified analyses by sex, geographical location, exposure assessment methods, years of follow-up, number of cases, size of cohort and adjustments for confounders including alcohol consumption, smoking and physical activity. We used RR estimates and CIs for continuous increments directly from the articles if provided, and for studies that only reported categorical data, dose–response associations and 95% CIs were derived using generalized least-squares for trend estimation [19], which required the RRs and CIs associated with at least three categories of anthropometric measures, and the number of cases and non-cases or person-years of follow-up per category to be available. If only the total number of cases or person-years was reported in the articles, and the exposure was categorized in quantiles, the distribution of persons or person-years was calculated by dividing the total number of persons or person-years by the number of quantiles. We used the mean or median values per each anthropometric category if available in the articles, or the midpoint was calculated for studies that only reported a range by category. If the range of the highest or lowest category was open-ended, its width was assumed to be the same as the adjacent category. In case of close-ended lowest and highest categories with category widths substantially greater than those of the middle-categories (e.g. highest category of 35–60 kg/m2 of BMI), the Cheˆne and Thompson [20] method was used to estimate the midpoints. The Hamling method was used to recalculate the RR estimates when the first category was not used as reference [19]. If the results were reported for men and women separately, they were combined using a fixed effects meta-analysis before being pooled with other studies in linear, but not non-linear, analyses. We assessed small-study effects, such as publication bias, by using funnel plots and Egger’s test [21]. We assessed a potential nonlinear dose–response association between anthropometric measures and risk of lympho-haematopoietic cancers when we had 3 studies by calculating restricted cubic splines for each study, using three fixed knots at 10th, 50th and 90th percentiles of distribution of the exposure to account for a wider exposure range while minimizing any potential impact from the outliers in the tails, and combined them by using multivariate meta-analysis. In order to be eligible for this procedure, at least three categories of exposure needed to be reported by a given study. For all analyses, the results of each article with the most comprehensive adjustment for confounders were included. A two-tailed P < 0.05 was considered statistically significant. Stata version 13.1 software (StataCorp, College Station, TX) was used.

This study provides the most comprehensive and up-to-date summary estimates of the association between all anthropometry factors including BMI, BMI in early adulthood, height, weight, WC and WHR and risk of lympho-haematopoietic cancers including lymphomas, MM and leukaemia. Higher BMI showed to be associated with increased risk of all included type of lympho-haematopoietic cancers, except for FL, for which no significant association was observed. The observed increased risk ranged from 4% in CLL to 13% in AML and CML, respectively, per 5 kg/m2 . Moreover, higher BMI in early adulthood (age 18–21 years) showed to increase the risk of NHL, FL and DLBCL cancers by 12%, 19% and 22%, respectively. Our main findings on BMI are consistent with previous published meta-analysis which all showed greater BMI is associated with increased risk of HL [6], NHL [6], DLBCL [7], MM [8] and leukaemia [9]. However, our meta-analysis included higher number of studies and we did separate analysis for BMI in early adulthood. We also investigated the associations by subgroup analyses, including sex, geographical locations, size of cohort, number of cases, years of follow-up, exposure assessment methods and adjustment for potential confounders for all types of lympho-haematopoietic cancers, providing a more comprehensive estimate of the effects of adiposity in the incidence of lympho-haematopoietic cancers. The analysis on height also revealed that greater height was associated with increased risk of lymphomas, MM and leukaemia, and the increased risks ranged from 5% in MM to 10% in DLBCL, respectively. Our results on abdominal obesity and the risk of lymphohaematopoietic cancers using WHR and WC measures showed an increased risk of DLBCL by12% with higher WHR, and no association was found between higher WCs and risk of MM which could be due to limited number of studies (n ¼ 3). Several risk factors of haematological malignancies have been identified including radiation, chemicals (e.g. benzene for AML [66]), viruses (e.g. Epstein–Barr virus for adult HL [67]), HIV infection [68], hepatitis C virus for NHL [69] and some conditions such as autoimmune disease and chronic inflammatory conditions [7, 9]. However, less is known about lifestyle factors. There are several potential mechanisms whereby excess body fatness may increase the risk of haematological malignancies [70, 71]. Body fatness and obesity lead to changes in circulating levels of adipocytokines, including adiponectin, resistin and leptin, and these hormones can affect insulin resistance, immunity and inflammation [7, 70–75]. Leptin has pro-inflammatory properties and promotes the growth of some cancer cells, and it stimulates the proliferation of normal haematopoietic cells and circulating monocytes producing pro-inflammatory cytokines [71, 75]. Also, obesity may increase the risk of lymphoma by affecting insulin resistance and hyper-insulinemia which leads to increased bio-available insulin-like growth factor-I (IGF-I) [71]. IGF-I is known to act as a growth factor that promotes cell proliferation and inhibits apoptosis through IGF-I receptor-mediated signalling mechanisms in various tissues, including haematopoietic cells [71]. Our meta-analysis has some limitations that should be taken into account when interpreting the results. Moderate proportions of between-study heterogeneity were observed in some analyses and remained largely unexplained by the factors explored in the current study. In some subgroup analyses, the number of studies was too small to allow full exploration of heterogeneity. Uncontrolled confounding maybe is an issue, particularly for BMI and AML, where smoking which is linked to body weight [76] has shown to increase the risk of AML [77]. It is possible that our results could be biased due to the fact that most of studies used self-reported BMI rather than measured, and there is an observed tendency for overweight and obese people to overestimate height and underestimate weight compared with normal weight individuals. However, when we analysed the data according to measured or self-reported anthropometry the results were mostly similar with CIs overlapping. Another limitation of the study is that not all studies separated the haematopoietic cancers according to the current WHO classification system. For instance, the most current lymphoid malignancy classification system typically considers CLL to be the same cancer as SLL and as such, CLL/SLL is considered as nonHodgkin lymphoma. Some of the studies included in the metaanalysis for NHL include CLL and others may also include MM. This potential source of heterogeneity could not be addressed. Also, there may be an overlapping of some cancers across groups. A strength of our study are as follows: (i) inclusion of large studies with prospective design, which reduces the possibility of recall or selection bias; (ii) large number of studies with relatively long duration of follow-up and large number of cases that increase the statistical power of our analysis and (iii) the nonlinear analyses which allowed us to examine the shape of the dose– response relationships.

In conclusion, our results revealed that greater BMI in adulthood as well as greater height may increase the risk of lympho-haematopoietic cancers and this adds to a growing body of evidence linking body fatness to several types of cancers.

If you want to see detailed results go to this link.